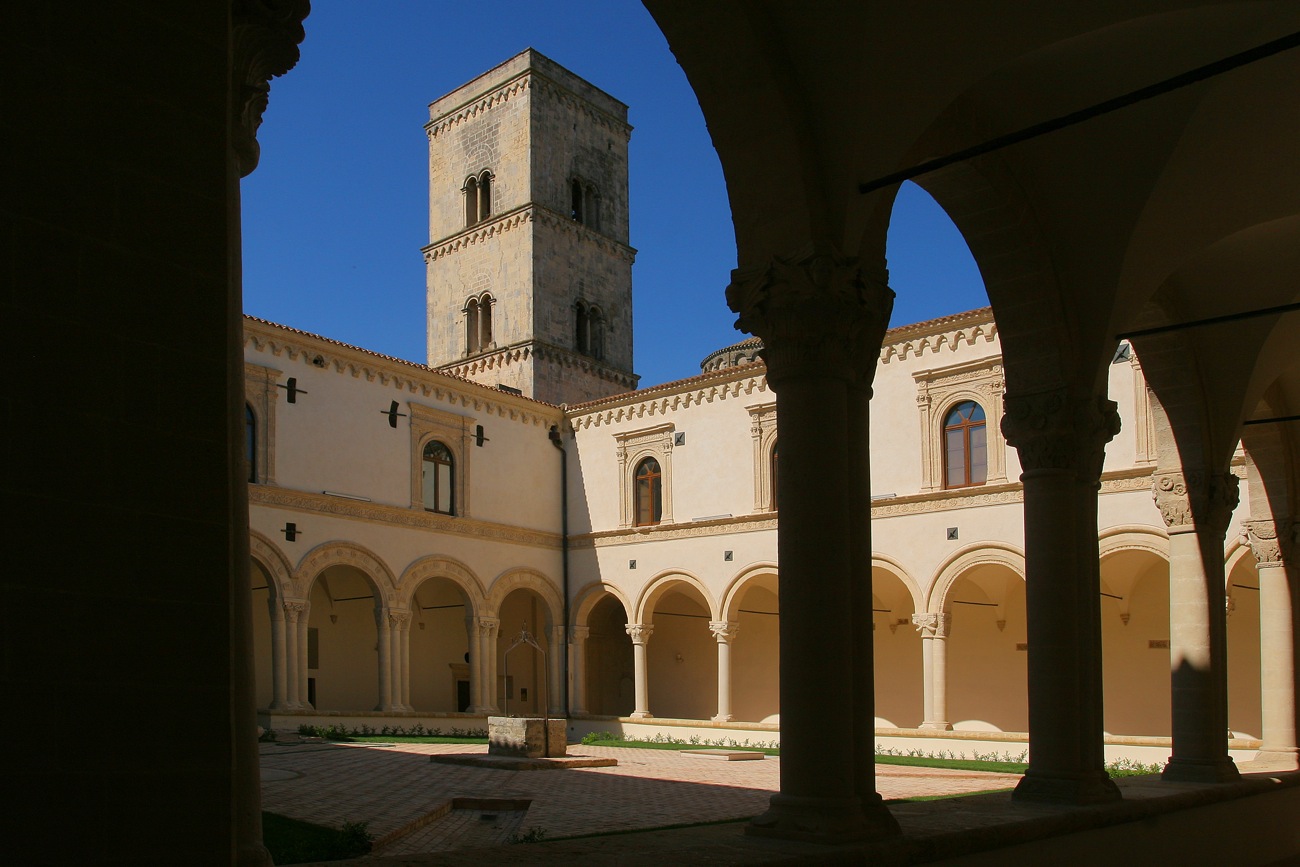 DAY 1: ARRIVAL
Arrival to the amazing town of Matera, famous for its century-old “Sassi”, cave dwellings that were literally carved out of rock, just like the many rock churches that dot the city.
Dinner and overnight stay at a hotel in Matera.

DAY 2: MATERA
Breakfast at the hotel and guided tour of the extraordinary town of Matera, with a particular focus on its most famous filming locations.
As a matter of fact, Matera has featured in several popular films of the ‘50s, such as “La Lupa”, “Gli Anni Ruggenti” (Roaring years), “Il Vangelo Secondo Matteo” (The Gospel According to St. Matthew), “King David”, and more recent films and TV series of the last 15 years: “The Passion” – Matera’s biggest promotional event in the world –, “Ben Hur”, “Nativity”, “Noi e la Giulia” (The Legendary Giulia and Other Miracles), “Sorelle”, “Imma Tataranni”, “I Moschettieri del Re”, “Wonder Woman” and the latest Bond movie.
Starting from Piazza Vittorio Veneto and walking through the Sasso Barisano, Porta Pistola and Piazza San Pietro Caveoso, we will spot many of these filming locations, with the prehistoric Murgia Timone as the background. After crossing the “Sassi” districts, we will visit the “Piano” area and its main monuments and arrive to Piazza Duomo, which overlooks the Sasso Barisano.
In the afternoon, the tour will include the Regional Park of the Rock Churches, where many Italian and foreign films on the Gospel were shot because of its resemblance to the Holy Land.
Dinner in a restaurant dug out of rock and return to hotel (Matera).

DAY 3: IRSINA – GRASSANO – GROTTOLE – POMARICO – MIGLIONICO
Breakfast at the hotel and departure for Irsina. Today, the town is known for the precious wooden statue that is housed in its cathedral church and attributed to Mantegna. Many scenes of the film “Del perduto amore”, starring a great Italian cast formed by Michele Placido, Giovanna Mezzogiorno and Rocco Papaleo, were shot right here.
After Irsina, we will have the chance to visit various towns dotting Matera’s hills: Grassano, known for Carlo Levi’s work; Grottole, used as the filming location for “I Moschettieri del Re” and the popular TV series “Imma Tataranni”; Pomarico, where there is a majestic baronial palace. Miglionico deserves a special mention: its old town centre and its magnificent castle were featured in some scenes of “Imma Tataranni” and “Wonder Woman” respectively. Miglionico is not too far from Matera and this makes it a must-see stop of our tour. The impressive polyptych by Cima da Conegliano housed in its mother church is also worth a visit.
Dinner and overnight at the hotel (Matera).

DAY 4: MONTESCAGLIOSO – FERRANDINA – BERNALDA
Breakfast at the hotel and departure for the Ionian area across Matera’s hills. This itinerary links Matera to the seaside, chasing the magic of cinema.
Starting from Matera, the first stop will be the town of Montescaglioso, which was chosen by Edoardo Leo for his “Noi e la Giulia” (The Legendary Giulia and Other Miracles) and by Giovanni Veronesi for “I Moschettieri del Re”. We will have the chance to visit the filming locations, namely the old town, the Mother Church of St Peter and Paul, the prestigious Benedictine Abbey with its medieval cloisters, and Porta Sant’Angelo, which offers a stunning view of the ravines of the Park of the Rock Churches.
Then we will take a look at the elegant old town of Ferrandina, where some scenes of Placido’s “Del Perduto amore” were shot and that is now famous for its top-quality oil. We will taste it, no need to worry! Then we will visit Bernalda: its film history is strictly entwined with the family of great director Francis Ford Coppola, and the Metaponto coastline was featured in some scenes of the successful TV series “Imma Tataranni”. With its Archaeological Park, Hera Temple, the Palatine tables and the National Museum, Bernalda and the district of Metaponto still bear testimony to the ancient civilisation of Magna Graecia.
Return to hotel for dinner and overnight stay.

DAY 5: PISTICCI – SCANZANO – NOVA SIRI
Breakfast at the hotel and departure for Pisticci, crossing the picturesque clay badlands that inspired different directors, including Rocco Papaleo for his “Basilicata Coast to Coast”.
In Pisticci we will visit a district, called “Dirupo” (Italian word for “Cliff”), with distinctive Mediterranean flair. The town and the surrounding areas were the shooting location for the TV series “Imma Tataranni” and the films “Ustica” (Ustica: The Missing Paper) and “Veloce come il vento” (Italian Race). Then we will head for the sea, more specifically for Scanzano, where Rocco Papaleo and his merry band of travellers ended their musical trip in “Basilicata Coast to Coast”. We will also reach the seaside at Nova Siri, an old, elegant town that is located near the border with the Calabria region. This area, halfway between inland and sea, was the shooting location for the films “Tre fratelli” (Three Brothers) by Rosi and “Lucania, Terra, Sangue e Magia” (Lucania) by Roccati.
Dinner at a traditional restaurant and overnight at the hotel.

DAY 6: DEPARTURE
Breakfast at the hotel and departure.

The offer does not include:
- anything not specified above

Additional services are available upon request.

Valid all year round, except public holidays and long weekends

@: This email address is being protected from spambots. You need JavaScript enabled to view it.